We had Michael's first parent/teacher conference about 2 weeks ago and for the most part it was all good.  Behavior wise, Michael is doing excellent.  Given his fairly severe speech delay, his frustration level is at a pretty good level, but speaking of his speech, he is definitely delayed and I don't know why.  I think the only thing that bothered me about the conference is that when we asked the teacher about about fears of autism, the only thing she could say was that she didn't feel that he was on the spectrum given his ability to be comfortable sitting in her lap and being affectionate.  That was a good sign, but the fact that teachers are not allowed to give their opinion about testing because it may cause issues with parents really frustrates me.  I mean, these are professionals, who in our case, spend 5 hours a day 5 days a week with my son.  I am not frustrated with the teacher, but the system.  Michael's teacher is wonderful.  She is sweet and kind and motherly and I feel very comfortable with her as his teacher.  I just wish I could get a sense if we need to do more.

I have a feeling that going gluten and dairy free is a really good step.  I hate that we have to do this and we were really bad over the holiday, but we are now back on track and no gluten or dairy for Michael (so to be me too).  I really do think that it makes a difference!  It sucks, but I do think it helps!  The other issue that got brought up at the conference (by his teacher), is wether or not to get Michael tested for diabetes.  I am hoping that this isn't an issue.  Michael seems to drink a ton and then pees a ton to the point of having multiple accidents.  It kinds of makes sense that if he drinks a lot then he will pee a lot, but it is the drinking of fluids that makes me wonder, though I have to say, sometimes limit setting helps and his accidents are getting better.  He has even slept with underwear on for the last 2 nights and the first night woke twice to pee, and then last night didn't soak himself.  Maybe going gluten free and dairy free will really help with just more than digestive issues!

The twins are being evaluated for further needs in the school system.  They are going to be 3 in just under 2 months.  I can't believe that I have an almost 4 year old and almost 3 year old twins.  Eva Rose has been in early intervention since the beginning of the fall for a speech delay and has improved immensely (which is another reason I am increasingly concerned with Michael's delay).  She went from barely putting 2 words together and dropping the endings of words  to the point of not understanding what she is saying, to still dropping the endings of words but putting more than 2 words together.  There are still often times that I don't understand her and at 3 I probably should understand almost everything that is said. Thomas just amazes me with his vocabulary! That being said, when I look at friends kids I can't help but compare and still think my kids are behind, but maybe not. Then there are those people in your life who try to tell you that your kids are very behind and that they should be doing certain things, but in reality maybe those people are over estimating kids development.

It will be interesting to see how the kids further develop. Will Michael all of a sudden come out and just start talking? Is there more to his delay? Do Thomas and Eva Rose need more help with their expressive and receptive communication? Only time will tell and will see how things go!

Michael has some pretty significant speech delays!  He is doing much better now that he has an IEP and is in school for 5 hours Monday thru Friday, but he is still behind.  A while ago, Like more than a year ago, my husband mentioned Autism.  We have gone through the back and forth of wether or not this is an issue.  I have asked his EI person, I have asked his teachers at school, and our family practitioner has never mentioned anything.  No one seems to be concerned about autism.  Everyone seems to think that this is just a speech delay and that in time it will resolve itself.

I have this sinking feeling that there is more than just a speech delay.  I am hoping I am wrong, but something just makes me think that there is more to it.  The problem, is that I don't trust myself and my gut. There is a good chance that I am just over reacting and thinking that there is something wrong, when he is just behind the developmental curve and will catch up.  I tend to compare my kids to my friends' kids who may actually be ahead of the developmental curve so that puts a spin on things too!

I don't think that it is autism.  I have taken my DSM IV, and looked at the autism spectrum disorders and while Michael may fit some criteria, he wouldn't, at least in my opinion, even fit PDD.  We are going to Michael's first school conference tomorrow and I will be asking and probably pushing the teacher to tell me if there is more than just a speech delay and if we should look at getting any sort of testing.

The other piece to the puzzle is that we have had a blood test for Michael and it showed that he has a significant sensitivity to gluten and dairy (as did my test).  The problem is, that this blood test has a lot of people that don't believe it's a valid or accurate test.  We have been trying to remove these foods from Michael's diet, but it is so hard!  Michael is my son when it comes to food.  When we removed dairy back in January, we saw a dramatic difference.  I didn't see that difference with the gluten so I wasn't as strict.  I was talking to my husband's cousin who mentioned that it could take a while before we see a difference with the gluten, and I remembered reading something about that.  After that conversation, I decided that I really needed to be more strict and I have removed anything that he could see that he would want and I would be tempted to give him.  I am trying to make sure that we have options in the house for him so that he can have bread and cookies and milk.  I need to get better at baking gluten free.  I also want to watch how much sugar he has.  It's amazing how I can do this for him, but I can't seem to do this for myself.  Michael is on his 3rd day of being gluten free.  Yesterday, he came home and hadn't had an accident at school.  This was the first time in a long time that he had been accident free.  I think the other thing that made going gluten free hard was seeing him regress with potty training about the same time as we stopped the gluten.  It probably had nothing to do with the gluten, but it was making me wonder if gluten was an issue or not.  Maybe the potty training regression had nothing to do with gluten, maybe I just needed to be more consistent and stop feeling bad about not giving him gluten.  I am totally on board with keeping him gluten free and hoping that this will help with a lot of his issues.  The dietician we met with mentioned that getting rid of gluten would make a major change with his neurological symptoms (we had mentioned the autism fear that we had).

As I write this, I feel that I should make a strong point to say that Michael has made significant gains over the past year.  This time last year, he had about 10 words in his vocabulary and that may be stretching it.  He now will say 3-4 word sentences, but he will be 4 in just 3 1/2 months and still can't even have a simple conversation.  I think I will feel better after our conference tomorrow and then we can hopefully move forward and either get some testing, or I can feel better knowing that it is more likely just a time thing! 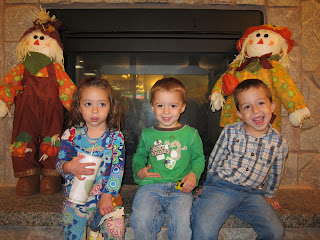 At our favorite restaurant 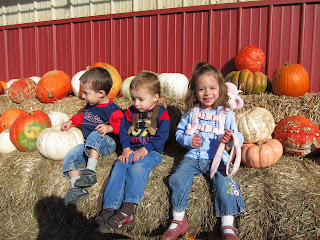 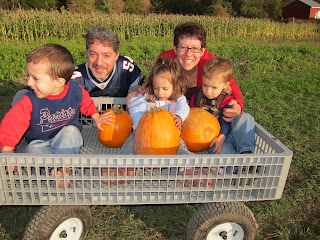 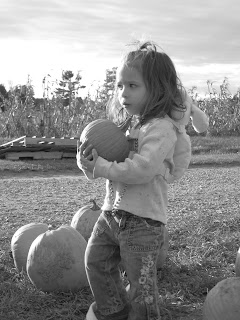 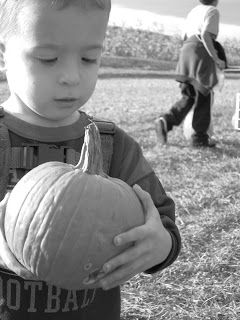 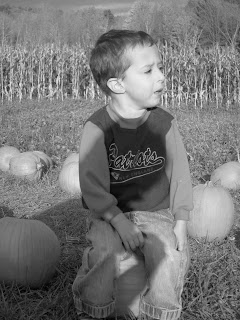 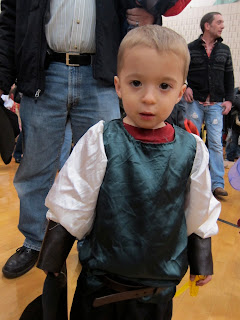 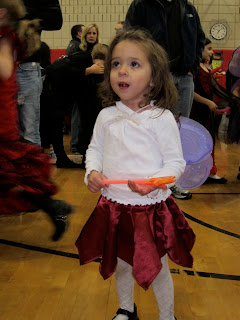 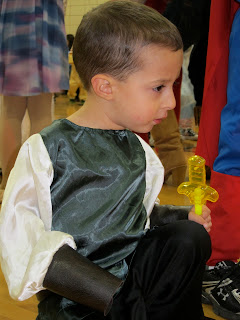 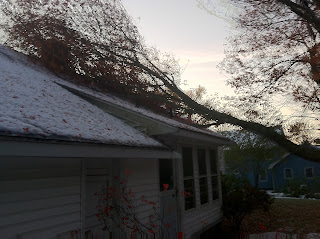 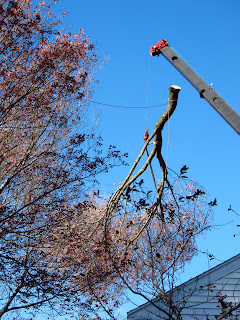 The crane lifting the limb off our roof just days later 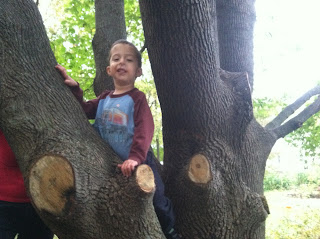 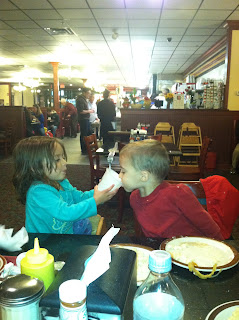 The twins actually do share
These are just some of our memories from Fall 2011.  I can't believe it is already November 12th.  Before we know it Christmas will be on us and I for one can't wait.  I don't want to rush the time, but I can't wait to start making our family's traditions.  I know that we may be a little late to the party to start making traditions, but I think that the kids are old enough to understand them now.  My next project is to make an advent calendar.  We always had one growing up and I want to continue the tradition with my own children.  I have a pattern that I plan to use for ideas.  I found it at http://www.acaseofthemundays.com/2010/12/felt-friday-felt-advent-calendars.html.  I have so many projects to work on for Christmas.  I can't wait to start working on them.
Amy
Posted by Amy at 7:17 PM 1 comment: